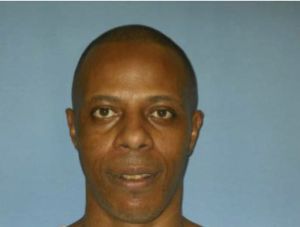 On Tuesday afternoon in Mississippi, Willie Jerome Manning was granted a last-minute stay of execution by the Supreme Court of Mississippi, just hours before his lethal injection was scheduled to go through.

Manning, an African-American man, was convicted of murdering Jon Steckler and Tiffany Miller, two white college students, in 1992. The case can be read as a manual for anti-death penalty advocates: racial bias in the original trial, false testimony from snitches, and even faulty science.

The stay comes after prosecutors and state courts refused Manning’s request for new DNA testing that could possibly prove his innocence, which he has maintained from the beginning. Since his trial, the FBI has come forward and admitted that the original analysis it performed on the evidence, such as testing hair samples found at the scene, contained numerous errors and it “exceeded the limits of the science and was, therefore, invalid.” What’s more, the FBI has offered to perform the new DNA testing itself. The FBI and the Department of Justice have also reviewed the ballistic evidence in the case and found that to be invalid as well.

Not only is there now no physical evidence linking Manning to the case, the credibility of two key witnesses that were used by the prosecution have also come into question. One of those was a jailhouse witness who claimed that Manning had confessed the murders to him, but the witness later admitted that he lied. Both of the witnesses received deals for their own criminal charges in exchange for testifying against Manning, a tactic that has been found to be the leading cause of wrongful convictions in capital cases, according to the Innocence Project.

Outside of the faulty evidence presented against him, Manning faced a jury with no African-American jurors in a case already rife with racial tensions. What’s more, studies of capital cases have found that the race of the victim plays a huge role in whether or not the defendant will receive a death sentence. According to The Death Penalty Information Center, “In 82% of the studies [reviewed], race of the victim was found to influence the likelihood of being charged with capital murder or receiving the death penalty, i.e., those who murdered whites were found more likely to be sentenced to death than those who murdered blacks.” Of the cases reviewed, over 77% of the murder victims in cases that resulted in execution were white, despite the fact that only about 50% of murder victims are white.

Even in the face of the clear issues with Manning’s trial, the Mississippi state Supreme Court has thus far refused to grant a new DNA test. Last Friday, Mississippi Attorney General Jim Hood, one of the men who could step in to stop Manning’s execution, said that Manning’s guilt is “overwhelming,” and that Manning “is a violent person who committed these heinous murders.” He continued, saying that the defense has waited “until the 11th hour” to request new DNA testing.

“Any time there is legitimate, exculpatory evidence, capable of DNA testing, the state is prepared to conduct testing. However when the defense waits until the 11th hour to raise such claims, which could not possibly exonerate their client, courts are loathe to be subjected to these types of dilatory defense tactics.”

Yet, public record shows that Manning and his defense team filed requests specifically for DNA testing as early as 2008. Hood, along with the district attorney’s office, has consistently opposed the request for new DNA testing, and now Manning faces his imminent execution. Vanessa Potkin, senior staff attorney at the Innocence Project, said on Democracy Now this week,

“It’s just amazing in a democracy, you know, built on a truth and senses of justice, that we would go forward with killing somebody when we have evidence that can cut to the truth of this case and determine whether or not he really did the crime.”

And yet here we are, possibly going forward with executing someone whose guilt is more than questionable. Certainly, it has happened before that we have executed someone despite evidence that they may be innocent. Anyone who is active in the anti-death penalty movement can’t help but be reminded of another case, a recent case, where Georgia went through with an execution of one of its own prisoners: Troy Anthony Davis. On September 25th, 2011, the state of Georgia executed Troy Davis, despite so much doubt surrounding his case and a huge public outcry for clemency.

At the moment it is not clear where the Mississippi courts will go from here. What is clear is that the decision to test the DNA should be an open and shut one. As Potkin said, our democracy was built on a sense of justice. Is it just to execute a man without first proving beyond reasonable doubt that he is guilty of the murders he was convicted of? Is it just to call Manning’s trial, which was rife with faulty science, false testimonies, and racial bias, a fair one? One that should end with Manning’s death? Let’s not repeat our past mistakes and go forward with the state-sanctioned murder of another man when there is so much doubt. Test the DNA. It is that simple.

**Correction to note: Willie Manning was also convicted and sentenced to death in a separate case for the murder of two elderly women n 1993 in the state. He has appealed that conviction.

6 thoughts on “Just Test the DNA: On Willie Jerome Manning and the Death Penalty”

Error: Twitter did not respond. Please wait a few minutes and refresh this page.